Skip to main content
Bomb suspect in boat stored in Mass. neighborhood
By The Associated Press 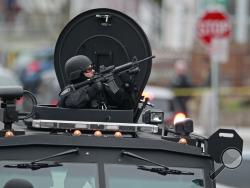 Heavily jazz-influenced, with tinges of classical in the slower numbers, the songs, some now more than 50 years old, likely still will be popular and...

Your dream date to the prom stands you up at the last moment, and a girl you’ve barely thought of agrees to go. It might not have been what you thought you wanted, but darned if you don’...

Pat Benatar, the 1980s hitmaker who was to headline Bloomsburg Fair grandstand tonight, has canceled, citing “an upper respiratory illness unrelated to COVID,” according to a statement...